Bow down to the Queen of lemon herbs! Traditionally used as a healing oil, Lemon Myrtle is also a delicious way to add flavour to savoury dishes (especially kangaroo, lamb and chicken). Use it sparingly though – a little bit of flavour goes a long way!

The Lemon Myrtle is a beautiful Australian shrub, whose leaves have been used by Indigenous Australians for a swag of purposes. The leaves can be used fresh or dried and oil can be extracted through distillation. Traditionally used both to flavour foods and as a healing oil, Lemon Myrtle boasts significant antioxidant and mineral properties, is high in Vitamin C and has a high oil content which is antimicrobial. Also regarded as a useful antiseptic, it has the world’s strongest and purest source of natural citral – the oil that gives “lemon” its characteristic flavour.

Lemon Myrtle is undoubtedly one of the most popular Australian native herbs, with its fresh aroma of citrus, with delicate menthol touches and a strong lemon flavour, which is sweet and refreshing. 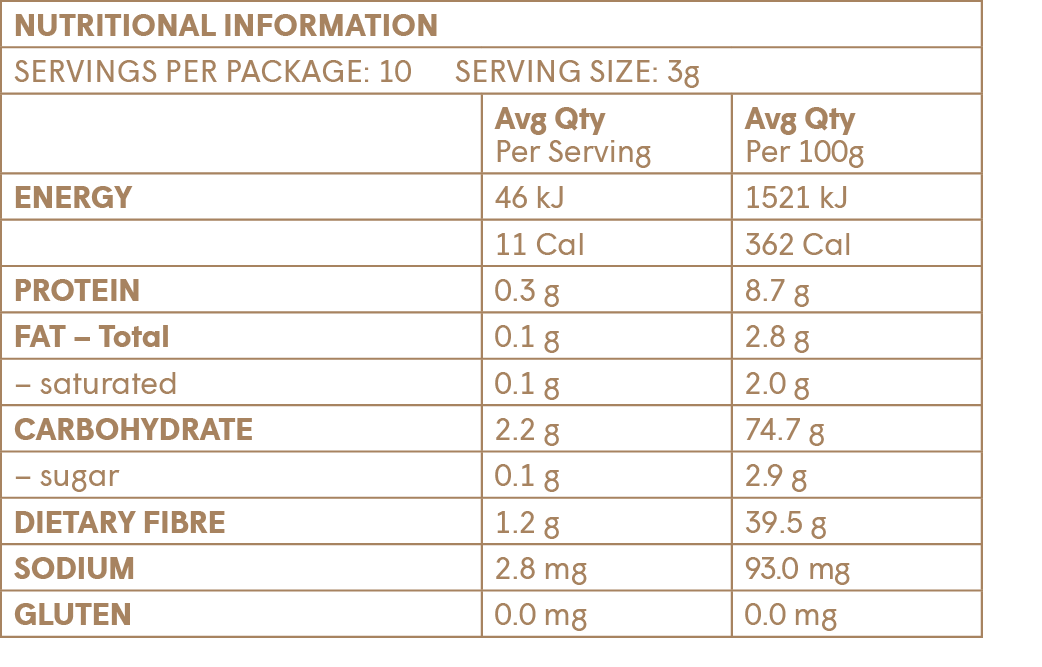 There’s a new group of superfood contenders. They come from an exotic and faraway land, where the weather is warm, the beaches are pristine and the forests are lush. This powerful group of fruits and seeds is so rich in vitamins, minerals and antioxidants, that it surpasses the past superfood master, the blueberry, and sets new global standards for nutrition and taste.

OK, truthfully, they are not so new. They have been growing in Australia for over 50,000 years, sustaining our Aboriginal people as sources of food and medicine. So we, as proud Australians, are thrilled to announce that after a mere few hundred years, we’ve finally caught on. The Australian Superfood Co celebrates native Australian produce in its creation of the Australian Bush Food Product Range. Discover the staggering nutritional powers, history and delectable flavours of our unique, nourishing range of ancient Australian Superfoods.

This product does not have any reviews yet

We ship from Australia to most parts of the world.

Get the latest updates on new products and upcoming sales